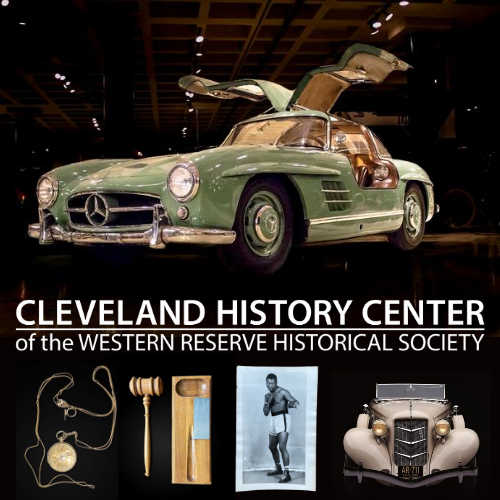 Enjoy music, drink, food, and the beautiful garden at the Bingham-Hanna Mansion of the Cleveland History Center. Doors open for the event at 5:00pm and the museum closes at 8:00pm. To purchase tickets for June 10, please go to the Museum Opening: Amanda Whicker event page, and for June 24 go to HOT: Pride event page.

Trumpeter and Mack Avenue Recording artist, Dominick Farinacci graduated from The Juilliard School in 2005, launching his career in Japan with a prolific run of eight albums, later releasing four more globally. He has performed in more than 120 cities in 14 countries around the world and was featured on ABC’s Good Morning America. He gave a TED Talk in 2014 at the John F. Kennedy Center for Performing Arts, and has served as Ambassador to Jazz at Lincoln Center in Qatar from 2013-2015, working to further integrate music into communities around the world in culturally collaborative ways.

Dominick has been a leading advocate in music and education development, and is the Director of the Tri-C JazzFest Academy, a pre-college jazz program, at the Gill and Tommy LiPuma Center for Creative Arts at Cuyahoga Community College in Cleveland, Ohio.

A world class musician, native Clevelander Jamey Haddad spent most of 2012 and 2013 on tour with Paul Simon enhancing his world famous music with his percussion. Jamey Haddad has been a professional jazz musician for over 25 years. He has toured and recorded with many greats including Carly Simon, Joe Lovano, Paul Winter, Kenny Werner, and Dave Liebman.

Currently Jamey teaches at Oberlin and he continues to tour as the leader of his own group, and as a special guest, nationally and internationally.